The intriguing story of Thomas Jefferson and his reading of the holy book of Islam.Spellberg (History and Middle Eastern Studies/Univ. of Texas; Politics, Gender, and the Islamic Past: The Legacy of ... Read full review

[He] sais "neither Pagan nor Mahamedan [Muslim] nor Jew ought to be excluded from the civil rights of the Commonwealth because of his religion."
--Thomas Jefferson, quoting John Locke, 1776

At a time when most Americans were uninformed, misinformed, or simply afraid of Islam, Thomas Jefferson imagined Muslims as future citizens of his new nation. His engagement with the faith began with the purchase of a Qur''an eleven years before he wrote the Declaration of Independence. Jefferson''s Qur''an survives still in the Library of Congress, serving as a symbol of his and early America''s complex relation- ship with Islam and its adherents. That relationship remains of signal importance to this day.

That he owned a Qur''an reveals Jefferson''s interest in the Islamic religion, but it does not explain his support for the rights of Muslims. Jefferson first read about Muslim "civil rights" in the work of one of his intellectual heroes: the seventeenth-century English philosopher John Locke. Locke had advocated the toleration of Muslims--and Jews-- following in the footsteps of a few others in Europe who had considered the matter for more than a century before him. Jefferson''s ideas about Muslim rights must be understood within this older context, a complex set of transatlantic ideas that would continue to evolve most markedly from the sixteenth through the nineteenth centuries.

Amid the interdenominational Christian violence in Europe, some Christians, beginning in the sixteenth century, chose Muslims as the test case for the demarcation of the theoretical boundaries of their toleration for all believers. Because of these European precedents, Muslims also became a part of American debates about religion and the limits of citizenship. As they set about creating a new government in the United States, the American Founders, Protestants all, frequently referred to the adherents of Islam as they contemplated the proper scope of religious freedom and individual rights among the nation''s present and potential inhabitants. The founding generation debated whether the United States should be exclusively Protestant or a religiously plural polity. And if the latter, whether political equality--the full rights of citizenship, including access to the highest office--should extend to non-Protestants. The mention, then, of Muslims as potential citizens of the United States forced the Protestant majority to imagine the parameters of their new society beyond toleration. It obliged them to interrogate the nature of religious freedom: the issue of a "religious test" in the Constitution, like the ones that would exist at the state level into the nineteenth century; the question of "an establishment of religion," potentially of Protestant Christianity; and the meaning and extent of a separation of religion from government.

Resistance to the idea of Muslim citizenship was predictable in the eighteenth century. Americans had inherited from Europe almost a millennium of negative distortions of the faith''s theological and political character. Given the dominance and popularity of these anti-Islamic representations, it was startling that a few notable Americans not only refused to exclude Muslims, but even imagined a day when they would be citizens of the United States, with full and equal rights. This surprising, uniquely American egalitarian defense of Muslim rights was the logical extension of European precedents already mentioned. Still, on both sides of the Atlantic, such ideas were marginal at best. How, then, did the idea of the Muslim as a citizen with rights survive despite powerful opposition from the outset? And what is the fate of that ideal in the twenty-first century?

This book provides a new history of the founding era, one that explains how and why Thomas Jefferson and a handful of others adopted and then moved beyond European ideas about the toleration of Muslims. It should be said at the outset that these exceptional men were not motivated by any inherent appreciation for Islam as a religion. Muslims, for most American Protestants, remained beyond the outer limit of those possessing acceptable beliefs, but they nevertheless became emblems of two competing conceptions of the nation''s identity: one essentially preserving the Protestant status quo, and the other fully realizing the pluralism implied in the Revolutionary rhetoric of inalienable and universal rights. Thus while some fought to exclude a group whose inclusion they feared would ultimately portend the undoing of the nation''s Protestant character, a pivotal minority, also Protestant, perceiving the ultimate benefit and justice of a religiously plural America, set about defending the rights of future Muslim citizens.

They did so, however, not for the sake of actual Muslims, because none were known at the time to live in America. Instead, Jefferson and others defended Muslim rights for the sake of "imagined Muslims," the promotion of whose theoretical citizenship would prove the true universality of American rights. Indeed, this defense of imagined Muslims would also create political room to consider the rights of other despised minorities whose numbers in America, though small, were quite real, namely Jews and Catholics. Although it was Muslims who embodied the ideal of inclusion, Jews and Catholics were often linked to them in early American debates, as Jefferson and others fought for the rights of all non-Protestants.

In 1783, the year of the nation''s official independence from Great Britain, George Washington wrote to recent Irish Catholic immigrants in New York City. The American Catholic minority of roughly twenty- five thousand then had few legal protections in any state and, because of their faith, no right to hold political office in New York. Washing- ton insisted that "the bosom of America" was "open to receive . . . the oppressed and the persecuted of all Nations and Religions; whom we shall welcome to a participation of all our rights and privileges." He would also write similar missives to Jewish communities, whose total population numbered only about two thousand at this time.

One year later, in 1784, Washington theoretically enfolded Muslims into his private world at Mount Vernon. In a letter to a friend seeking a carpenter and bricklayer to help at his Virginia home, he explained that the workers'' beliefs--or lack thereof--mattered not at all: "If they are good workmen, they may be of Asia, Africa, or Europe. They may be Mahometans [Muslims], Jews or Christian of an[y] Sect, or they may be Atheists." Clearly, Muslims were part of Washington''s understanding of religious pluralism--at least in theory. But he would not have actually expected any Muslim applicants.

Although we have since learned that there were in fact Muslims resident in eighteenth-century America, this book demonstrates that the Founders and their generational peers never knew it. Thus their Muslim constituency remained an imagined, future one. But the fact that both Washington and Jefferson attached to it such symbolic significance is not accidental. Both men were heir to the same pair of opposing European traditions.

The first, which predominated, depicted Islam as the antithesis of the "true faith" of Protestant Christianity, as well as the source of tyrannical governments abroad. To tolerate Muslims--to accept them as part of a majority Protestant Christian society--was to welcome people who professed a faith most eighteenth-century Europeans and Americans believed false, foreign, and threatening. Catholics would be similarly characterized in American Protestant founding discourse. Indeed, their faith, like Islam, would be deemed a source of tyranny and thus antithetical to American ideas of liberty.

In order to counter such fears, Jefferson and other supporters of non-Protestant citizenship drew upon a second, less popular but crucial stream of European thought, one that posited the toleration of Muslims as well as Jews and Catholics. Those few Europeans, both Catholic and Protestant, who first espoused such ideas in the sixteenth century often died for them. In the seventeenth century, those who advocated universal religious toleration frequently suffered death or imprisonment, banishment or exile, the elites and common folk alike. The ranks of these so-called heretics in Europe included Catholic and Protestant peasants, Protestant scholars of religion and political theory, and fervid Protestant dissenters, such as the first English Baptists--but no people of political power or prominence. Despite not being organized, this minority consistently opposed their coreligionists by defending theoretical Muslims from persecution in Christian-majority states.

As a member of the eighteenth-century Anglican establishment and a prominent political leader in Virginia, Jefferson represented a different sort of proponent for ideas that had long been the hallmark of dissident victims of persecution and exile. Because of his elite status, his own endorsement of Muslim citizenship demanded serious consideration in Virginia--and the new nation. Together with a handful of like-minded American Protestants, he advanced a new, previously unthinkable national blueprint. Thus did ideas long on the fringe of European thought flow into the mainstream of American political dis- course at its inception.

Not that these ideas found universal welcome. Even a man of Jefferson''s national reputation would be attacked by his political opponents for his insistence that the rights of all believers should be protected from government interference and persecution. 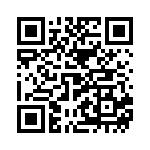