Dr. James H. Thorp has been a Professor in the Department of Ecology and Evolutionary Biology at the University of
Kansas (Lawrence, KS, USA) and a Senior Scientist in the Kansas Biological Survey since 2001. Prior to returning to
his alma mater, Professor Thorp was a Distinguished Professor and Dean at Clarkson University, Department
Chair and Professor at the University of Louisville, Associate Professor and Director of the Calder Ecology Center of
Fordham University, Visiting Associate Professor at Cornell,and Research Ecologist at the University of Georgia’s
Savannah River Ecology Laboratory. He received his Baccalaureate from the University of Kansas (KU) and both
Masters and PhD degrees from North Carolina State. Those degrees focused on zoology, ecology, and marine biology,
with an emphasis on the ecology of freshwater and marine invertebrates. Dr. Thorp has been on the editorial board of
three freshwater journals and is a former President of the International Society for River Science. He teaches freshwater,
marine, and invertebrate courses at KU, and his Master and Doctoral graduate students work on various
aspects of the ecology of communities through macrosystems in rivers, reservoirs, and wetlands. Professor
Thorp’s research interests and background are highly diverse and span the gamut from organismal biology to community,
ecosystem, and macrosystem ecology. He works on both fundamental and applied research topics using descriptive,
experimental, and modeling approaches in the field and lab.While his research emphasizes aquatic invertebrates, he also
studies fish ecology, especially as related to food webs. He has published more than 130 refereed journal articles, books,
and chapters, including three single-volume editions of Ecology and Classification of North American Freshwater
Invertebrates (edited by J.H. Thorp and A.P. Covich) and five volumes in the current fourth edition of Thorp and
Covich’s Freshwater Invertebrates.

Dr. D. Christopher Rogers is a research zoologist at the University of Kansas with the Kansas Biological Survey and is affiliated with the Biodiversity Institute. He received his Ph.D. degree from the University of New England in Armidale, NSW, Australia. Christopher specializes in freshwater crustaceans (particularly the Branchiopoda and the Decapoda) and the invertebrate fauna of seasonally astatic wetlands on a global scale. He has numerous peer reviewed publications in crustacean taxonomy and invertebrate ecology, as well as published popular and scientific field guides and identification manuals to freshwater invertebrates. Christopher is an Associate Editor for the Journal of Crustacean Biology and a founding member of the Southwest Association of Freshwater Invertebrate Taxonomists. He has been involved in aquatic invertebrate conservation efforts all over the world. 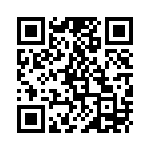