Every American should respect Adm. Stockdale. These reflections show the way to a more meaningful life. Read full review

Vice Admiral James Stockdale, a senior research fellow at the Hoover Institution, served in the navy from 1947 to 1979, beginning as a test pilot and instructor at Patuxent River, Maryland, and spending two years as a graduate student at Stanford University. He became a fighter pilot and was shot down on his second combat tour over North Vietnam, becoming a prisoner of war for eight years, four in solitary confinement. The highest-ranking naval officer held during the Vietnam War, he was tortured fifteen times and put in leg irons for two years. His books include Thoughts of a Philosophical Fighter Pilot (1995, Hoover Institution Press) and In Love and War (second revised and updated edition, 1990, U.S. Naval Institute Press), coauthored with his wife, Sybil. In early 1987, a dramatic presentation of In Love and War was viewed by more than 45 million viewers on NBC television. 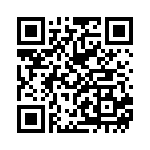