I have never heard of this case before, just randomly picked it off the shelf and this was an excellent book! James A. Jack must have an unbelievably superb memory! I loved how detailed he made this ... Read full review

Great Book. It really takes you inside the investigation and gives a glimpse into what these families and the city was experiencing at that time. I love the completeness of the book with regards to an update on each of the major people mentioned in the book. I was nto familiar with this case at all but happened to come upon information on it online. When I saw this book I had to read it to know more about these 3 young boys. Three Boys Missing is an insightful, powerful, raw look into a case that will pull at the heart strings to all who read it.

James A. Jack, with a year on the Chicago Police force, was one of the first investigators on the case and was the first to talk to the parents of the missing boys. He would go on to have an honorable 14-year career and be decorated for solving a high number of homicides. He would serve the governor of Illinois as well as head of security for the Midwest division of Toys R Us for 25 years. But it was this case, known as the Peterson-Schuessler murders, that haunted him for many years as the one that almost got away. 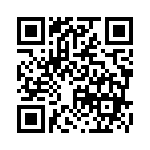