I personally worked with Ron Hennessey and Tom Melville. They are the most honest men in the world. They were caught in the struggle for the very poorest and dispossessed in Guatemala to attain some form of existence where they were not hungry, cold, or without adequate medical care. To be treated as decent human beings. They were confronted by the increasing violence and killing from the Guatemalan Army fueled by American interference in their country. They were the bravest and the kindest of men. This is the best and most honest account of what happened in Guatemala during this period. And should be read and kept for generations to come.

Thomas R. Melville served as a Catholic Maryknoll priest in Guatemala for ten years before being expelled in 1967 by Guatemalan and Church authorities for his role in planning (with other religious, both native and foreign) the formation of a Christian unit to graft onto the guerrilla movement that was fighting Guatemala's military rulers. Melville's religious training -- as a youngster in Boston and later in Maryknoll -- prompted him to ask why successive U.S. administrations financed repressive governments in Guatemala and Central America and why antigovernment guerrillas were labeled "terrorists" while U.S. advisors and their students were hailed as "freedom fighters." 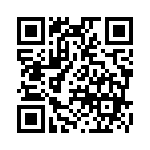