Michael C. J. Putnam is Professor of Classics in Brown University, Providence, Rhode Island. He holds B.A., M.A., and Ph.D. degrees from Harvard University. He has been Prix de Rome Fellow and Scholar in Residence at the American Academy in Rome, as well as a Guggenheim Fellow. 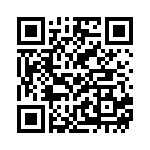