James A. Stimson is the Raymond Dawson Distinguished Bicentennial Professor of Political Science at the University of North Carolina at Chapel Hill. He is a former President and Treasurer of the American Political Science Association. He has authored and co-authored numerous books including Yeas and Neys: Normal Decision-Making in the U.S. House of Representatives, Issue Evolution: Race and the Reconstruction of American Politics, Public Opinion in America, and The Macro Polity. Professor Stimson has served as Editor of Political Analysis, and has served on the editorial board of journals such as the American Journal of Political Science and the Journal of Politics. He has authored many articles published in major journals of political science and is the recipient of various awards for his distinguished scholarship. 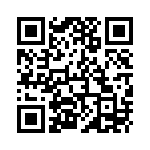