Ted Jordan Meredith has written books on viticulture, enology, wine appreciation, garlic, and bamboo. His Bamboo for Gardens (Timber Press 2001) was awarded the Council on Botanical and Horticultural Libraries Literature Award and The New York Times Editor's Choice for Best Books for Gardening, and his The Complete Book of Garlic: A Guide for Gardeners, Growers, and Serious Cooks (Timber Press 2008) has become the standard reference for garlic enthusiasts. When a housing development suddenly took away his privacy, Ted became interested in bamboo as a beautiful, rapidly growing, evergreen screen. He quickly became captivated by bamboo in all of its aspects and began to grow, research, and write about bamboo. A native of Montana, Ted recalls the daring use of fresh garlic in the family kitchen. In later years, as his interest in cooking grew, Ted enthusiastically incorporated garlic into much of his cuisine but initially regarded garlic as a supermarket commodity with little distinction. It was at a farmer's market that he purchased a few heads of a Rocambole garlic, 'Spanish Roja'. Ted realized then that all garlic was not the same, and he never looked back, voraciously exploring a new-found world of hundreds of cultivars in nearly a dozen different horticultural groups. Ted and his wife garden and grow bamboo at their home in Washington state. In addition to writing and photography, Ted enjoys cooking, gardening, hiking, and music. 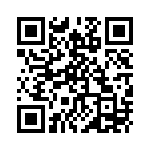