After all these years I finally read this book. First I was impressed with the humour. Next the wisdom of Atticus as a parent and attorney. Then the interaction of the neighbors in the neighborhood ... Read full review

With the fanfare of the release of Lees Go Set a Watchman I realized I had never read To Kill a Mockingbird. The large print makes this a good way to catch up. The movie is good but book is nearly always better. Read full review

Harper Lee was born in 1926 in Monroeville, Alabama, a village that is still her home. She attended local schools and the University of Alabama. Before she started writing, she lived in New York and worked in the reservations department of an international airline. She has been awarded the Pulitzer Prize, two honorary degrees and various other literary and library awards. Her chief interests apart from writing are nineteenth-century literature and eighteenth-century music, watching politicians and cats, travelling and being alone. 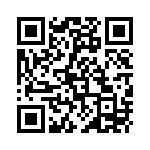