Theresa (Terri) Bareither has been a Speech-Language Pathologist for 37 years. During those years she has worked in public and private schools and universities, hospitals, clinics, homes, and corporate settings. Over the past 12 years she has helped 725 people from more than 40 language backgrounds with their spoken and written English. She has a Bachelor of Science Degree from Purdue University in Audiology and Speech Sciences, and a Master of Science degree in Speech-Language Pathology and Audiology from Southern Illinois University.
Terri is Past-Division Governor for Toastmasters International and Past-President of the Greater Indianapolis Speech and Hearing Association. She holds the American Speech and Hearing Association's Certificate of Clinical Competence, and was manager of St. Francis Hospital and Health Centers' Speech Pathology and Audiology Department from 1979-1995. She has published articles on Speech and Language Development and has been a guest on local radio and television programs.
Since 1995, Terri has been in private practice specializing in English enhancement and pronunciation skills for the foreign-born. Since that time, she has worked with hundreds of people who represent more than 40 Mother Tongues. 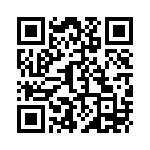