Johannes Dieterich (b. 1957) has reported for more than 20 years from Johannesburg as the Africa correspondent for several German language newspapers and magazines like Berliner Zeitung, Frankfurter Rundschau, brandeins (Hamburg) and profil (Vienna). He has to cover no less than 50 African countries, some of which he still has to explore first-hand. The reporter first met Tony Rinaudo in Somalia in April 2016, afterwards also accompanying the 'forest-maker' to Ethiopia and Niger. The native Swabian from the abbey town of Maulbronn studied theology and history. After graduation, Dieterich turned to journalism. He spent several years working for television and print media, before being drawn to South Africa following Nelson Mandela's release. His book 'South Africa' was released last year by the Berlin publisher Ch. Links-Verlag. He is married to the South African Merle Dieterich and has two children. 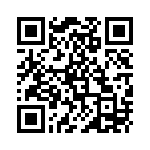