Dr. Daniel M. Ennis is the President of The Institute for Perception. Danny has more than 35 years of experience working on product testing theory and applications for consumer products. He has doctorates in food science and mathematical & statistical psychology. He has published extensively on mathematical models for human decision-making and was the first to show that humans possess a transducer in the chemical senses. Danny is the 2013 recipient of the Sensory and Consumer Sciences Achievement Award from IFT and also the ASTM 2013 David R. Peryam Award in recognition of “outstanding contributions to the field of basic and applied sensory science.” Danny consults globally and has served as an expert witness in a wide variety of false advertising cases.

Dr. Benoît Rousseau is Senior Vice President at The Institute for Perception. Benoît received his food engineering degree from AgroParisTech in Paris, France and holds a PhD in sensory science and psychophysics from the University of California, Davis. He has more than 20 years of experience in managing projects in the field of sensory and consumer science, actively working with clients in the US, Asia, Latin America, and Europe. His theoretical and experimental research has led to numerous journal articles as well as several book chapters. Benoît is also well known for his advanced presentation skills, where his use of sophisticated visual tools greatly contribute to the success of the Institute for Perception communications and short courses.

Dr. John M. Ennis is Vice President of Research Operations at The Institute for Perception. John received his PhD in mathematics from the University of California at Santa Barbara, where he also conducted his post-doctoral studies in cognitive neuroscience within the Psychology department . An active researcher, he has published in statistics, mathematics, psychology, marketing research, and sensory science. John has a strong interest in the widespread adoption of best practices throughout sensory science, serves on the editorial board of the Journal of Sensory Studies, is chair of the ASTM subcommittee E18.04 - “Fundamentals of Sensory", and is the 2013 winner of the Food Quality and Preference award for contributions by a young researcher. 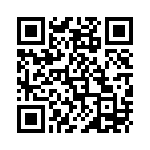