This is an amazing book. Together with "The Machine That Changed the World." It completely transformed the way I thought about how things get made. Read full review

TAIICHI OHNO was born in Dairen (Port Arthur), Manchuria, China, in February 1912. In 1932, after graduating from the department of mechanical engineering, Nagoya Technical High School, he joined Toyoda Spinning and Weaving. In 1943-, he was transferred to the Toyota Motor Company where he was named machine shop manager in 1949. He became Toyota's director in 1954, managing director in 1964, senior managing director in 1970, and executive vice president in 1975. Although he retired from Toyota in 1978, Mr. Ohno continues as chairman of Toyoda Spinning and Weaving. He resides in Toyota-shi, Aichi-ken. This book first appeared in Japan in May 1978 and reached its twentieth printing in February 1980. Productivity Press's 1988 edition is the first printed for the English-reading public 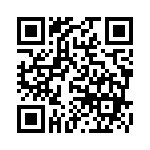