Traces of a stream: literacy and social change among African American women

Traces of a stream: literacy and social change among African American women

Page 17 - when and where I enter, in the quiet, undisputed dignity of my womanhood, without violence and without suing or special patronage, then and there the whole Negro race enters with me.
Appears in 123 books from 1920-2008
Page 49 - All sheep and oxen : yea, and the beasts of the field ; The fowls of the air, and the fishes of the sea : and whatsoever walketh through the paths of the seas.
Appears in 392 books from 1747-2007

Jacqueline Jones Royster, associate professor of English at the Ohio State University, has three complementary areas of interest: the rhetorical history of women of African descent, the development of literacy, and delivery systems for the teaching of writing. Royster was a member of the editorial collective of SAGE: A Scholarly Journal of Black Women (1983–1996), with whom she co-edited Double-Stitch: Black Women Write About Mothers and Daughters; she also edited Southern Horrors and Other Writings: The Anti-Lynching Campaign of Ida B. Wells, 1892–1900, and served as the consulting author for composition of Writer’s Choice, Grades 6–8. 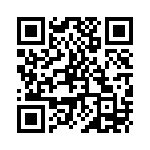