Lucio Baccaro is Professor of Sociology at the Université de Genčve. He received his Ph.D. in industrial relations and political science from Massachusetts Institute of Technology. He has authored numerous articles on the comparative political economy of industrial relations and labor markets, as well as on participatory and deliberative governance.

Chris Howell is Professor of Politics at Oberlin College. He received his Ph.D. in political science from Yale University, Connecticut. He is the author of two books, Regulating Labor: The State and Industrial Relations Reform in France (1992), and Trade Unions and the State: Constructing Industrial Relations Institutions in Britain, 1890-2000 (2005). The latter won the 2006 Labor History prize for best book in labor studies. 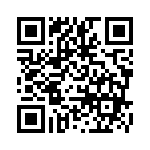