Dr Heather Brunskell-Evans is a social theorist and philosopher with an interest in the work of Michel Foucault and in feminist philosophy and politics of the body. She is a Visiting Research Fellow at Kings College London. Having been an academic for nearly three decades, she now also works on national and international political agendas driving the rights of women and children. She is a Trustee of the charity FiLia, and co-ordinator of its Stop Violence against Women and Girls section. She is a commentator on TV and radio. Her latest book is The Sexualized Body and the Medical Authority of Pornography: Performing Sexual Liberation (2016).

Professor Michele Moore is Editor of the world-leading journal Disability & Society and an expert in the field of Inclusive Education. She works on developing inclusion in communities at local, regional, national and international levels. She leads consultative participatory human rights projects across the world to support children, their families and those who work with them. She has published widely on education, childhood and family life, disability and inclusion. 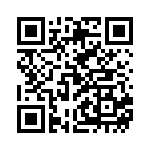