Wilson López López (Ph.D.) is a Professor at the Pontifical Xavierian University and leads the research group on social ties and culture of peace. López López is Editor of Universitas Psychologica and has published over 100 journal articles, in addition to books and book chapters. As a researcher, he has carried out various studies on mass media and conflict, forgiveness, and legal issues. López López founded and currently is the Permanent Secretary for Latin America of the Iberoamerican Feredation of Psychology Association (FIAP), President Elect of the Political Psychology Division of the International Association of Applied Psychology (IAAP), and on the boards of the Global Network of Psychologists of Human Rights and the International Network for Peace Psychology, among other leadership positions. In 2017, he was given the Interamerican Society of Psychology Award. His most recent co-edited volume, published with APA, is Political Psychology in Latin America.

Laura K. Taylor (Ph.D.) is an Assistant Professor at University College Dublin and Reader at Queen’s University Belfast and leads the Helping Kids! lab. Her research on the impact of political violence on young people and their communities has led to the Developmental Peacebuilding Model. She has published a book and over 60 journal articles in top psychology, as well as interdisciplinary peace and research methods journals, mostly focused on conflict-affected and LMICs countries. Taylor is the Editor of the APA journal, Peace & Conflict: Journal of Peace Psychology, and serves on the Governing Council of the International Society for Political Psychology (ISPP), British Psychological Society (BPS) Social Psychology Committee, International Network of Peace Psychology (INPP), and represents the Society for Research on Adolescence (SRA) to the International Consortium of Developmental Science Societies (ICDSS). In 2018, Taylor was awarded the Ed Cairns Early Career Award from APA’s Division 48 on Peace Psychology. 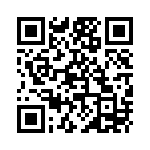