Delphine Alles is Professor of Political Science at Université Paris-Est, France and teaches International Relations and Asian Politics at Sciences Po Paris, France. She is a researcher at LIPHA (Hannah Arendt Interdisciplinary Institute for the Study of Politics, Université Paris-Est) and IRSEM (Strategic Research Institute of the French Military Academy). 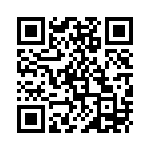