Treasury's War: The Unleashing of a New Era of Financial Warfare

TREASURY'S WAR: The Unleashing of a New Era of Financial Warfare

How the United States uses economic embargoes and financial tools as weapons against murderous terrorist groups and "rogue states" such as North Korea, Iran and Syria.Zarate, a senior adviser at the ... Read full review

Juan C. Zarate is the Chairman and Co-Founder of The Financial Integrity Network, the Chairman of the Center on Sanctions and Illicit Finance, and the senior national security analyst for NBC News/MSNBC. He is also a visiting lecturer on law at Harvard Law School; sits on various boards, including for the Vatican's Financial Information Authority; and is a senior advisor to a variety of national security think tanks.

Prior to that, he served as the deputy assistant to the president and deputy national security advisor for combating terrorism, and the first ever assistant secretary of the Treasury for terrorist financing and financial crimes. He appears frequently on NBC News and MSNBC programs, PBS's NewsHour, NPR, and other outlets, and has written for the New York Times, the Wall Street Journal, Washington Post, the Financial Times, and more. He and his family live in Alexandria, Virginia. Follow him on Twitter: @JCZarate1 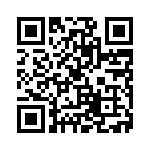