Roger William's first love was aircraft, so he joined the de Havilland Aircraft Company after leaving school, but quickly added motor cars to his list of prime interests. He completed his apprenticeship and studies, and built two Ford-based 'specials' before family and career interests took pride of place. However, in 1986 he started his own consultancy business, which allowed him to restore numerous MGBs, a Triumph TR6 and a Triumph Stag, and also at this time began to write books about the cars that he restored. After retiring in 2000 he wrote several more books including Enthusiast's Restoration Manuals, SpeedPro Workshop Guides and Essential Buyer's Guides, specialising in the Triumph TR range and MGB sports cars. 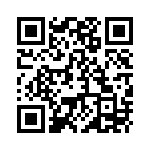