Stephanie Gallagher is an award-winning journalist whose articles have appeared in such magazines as "Redbook, McCall's, " and "Woman's World." She is the publisher of Sound Bite Press and author of "Money Secrets the Pros Don't Want You to Know, Fabulous Bargains, " and "The Everything Baby Resource Guide. 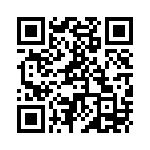