Paul Auster was born on February 3, 1947, in Newark, New Jersey. He received a B.A. and a M.A. in English and Comparative Literature from Columbia University. In addition to his career as a writer, Auster has been a census taker, tutor, merchant seaman, little-league baseball coach, and a telephone operator. He started his writing career as a translator. He soon gained popularity for the detective novels that make up his New York Trilogy. His other works include The Invention of Solitude; Leviathan; Moon Palace; Facing the Music; In the Country of Last Things; The Music of Chance; Mr. Vertigo; and The Brooklyn Follies. His latest novels are entitled, Invisible and Sunset Park. In addition to his novels, Auster has written screenplays and directed several films. He is the recipient of a fellowship from the National Endowment for the Arts and a French Prix Medicis for Foreign Literature. 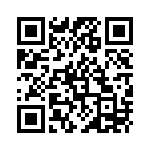