Dan Good is an investigative journalist and book writer who's worked for the New York Daily News, ABC News, and NBC News. He lives outside of New York City with his family. 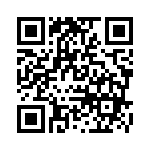