Chris has a bachelor's degree in journalism from Charles Sturt University and a master's degree in international relations from the Australian National University. He lives in Canberra with his wife, Dr Tomoko Akami. The couple have two children. 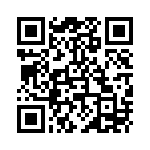