Great book - eye opening to the disguised reality that surrounds us.

David O. Friedrichs is Professor of Sociology/Criminal Justice and Distinguished University Fellow at the University of Scranton (Pennsylvania). He is the author of LAW IN OUR LIVES: AN INTRODUCTION (Roxbury, 2001; 2006), editor of STATE CRIME, VOLUMES I AND II (Ashgate, 1998), and has published well over 100 articles, book chapters, encyclopedia entries, and essays on a wide range of sociological and criminological topics, including many articles on white collar crime. He has been a visiting professor at a number of universities, including Ohio University, the University of South Africa, and Flinders University (Australia). He has also served as President of the White Collar Crime Research Consortium (2002-2004). In 2005 he received the Lifetime Achievement Award from the Division on Critical Criminology of the American Society of Criminology. 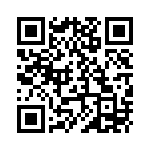