Pope Emeritus Benedict XVI (Joseph Ratzinger) is widely recognized as one of the most brilliant theologians and spiritual leaders of our age. As Pope he authored the best-selling Jesus of Nazareth; and prior to his pontificate, he wrote many influential books that continue to remain important for the contemporary Church, such as Introduction to Christianity and The Spirit of the Liturgy. 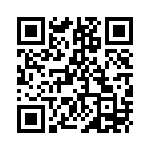