I really enjoyed this despite the inevitable end. Did you have a beloved mentor growing up? Someone who understood you & helped you see the wonder in the world? That person for Mitch Albom was Morrie ... Read full review

Mitch Albom is an internationally renowned author, screenwriter, playwright, nationally syndicated columnist, broadcaster, and musician. He is the author of six consecutive #1 New York Times bestsellers and his books have collectively sold more than thirty-five million copies in forty-five languages. Four of his books have been made into Emmy Award-winning and critically-acclaimed television movies. He has founded eight charities in Detroit and Haiti, where he operates an orphanage. He lives with his wife, Janine, in Michigan. 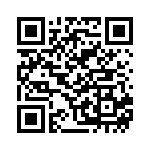