Michael Troyan has worked as an archivist at the Walt Disney and Warner Bros. studios as well as a consultant and film historian elsewhere. He is the author of A Rose For Mrs. Miniver: The Life of Greer Garson, and has contributed to numerous books about Hollywood, and particularly Disney, history. He lives in Northern California. Stephen Sylvester is the former head of Hollywood Heritage and a member of the Friends of Fox. Besides combing the company’s archives as never before, Sylvester also has ongoing interviews with dozens of Fox employees past and present, celebrating every aspect of its motion picture making. 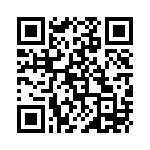