This book was extremely difficult to read. I don’t know if it was because the author continually jumped around in time instead of telling Montgomery’s story chronologically so it would be easier to ... Read full review

This book follows the life and career of Elizabeth Montgomery, the famous actress who played Samantha on Bewitched. I found this book a bit hard to read. The author likes to list credits, people and ... Read full review

Herbie J Pilato is a writer, producer, actor, songwriter, and entertainment executive. The author of several media tie-in books (including Glamour, Gidgets, and the Girl Next Door, NBC & Me, The Bionic Book, and many more), Pilato has also produced for the A&E, Bravo, TLC, Syfy, and TV Guide channels, as well as Sony, Warner Bros., NBC Universal, and other television networks and film studios. He now has several TV shows, books, and films in development and resides in Burbank, California, where he established Television, Ink. (a production company geared toward family entertainment) and The Classic TV Preservation Society (a nonprofit organization that seeks to close the gap between popular culture and education). 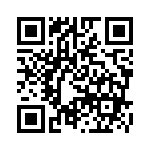