Stephen Charnock (1628-1680) was educated at Cambridge University after which he lectured at Oxford University. He was appointed chaplain to the Governor of Ireland, Oliver Cromwell's son Henry in 1655, where he soon gained a reputation for preaching. In 1675, years after the fall of Oliver Cromwell's Commonwealth, Charnock became a Presbyterian Minister in London. His works, mostly published posthumously, have the characteristic Puritan concern for central gospel themes and consistent application of Biblical texts to practical problems. 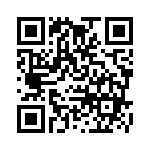