Gloria Tillotson Erardi lives in Hot Springs National Park, Arkansas with her husband and her two children. She graduated from the University of Central Arkansas with a Communication and Journalism degree. Gloria has been singing in public since the age of two. She wrote and co-produced her fi rst album when she was fourteen. She comes from a family of singers and is related to the famous singer-songwriter Johnny Tillotson who recorded such hits as “Poetry in Motion,” “Tears on My Pillow” and “Earth Angel.” Gloria sang a duet with the late, great singer John Whitehead, who was famous for the Grammy nominated song “Ain’t No Stoppin’ Us Now.” Gloria sings “Bridge of Friendship” in the new Love Has Begun album featuring Rita, Israel’s Queen of Song. “Two Miracles, Two Lives Saved” is the fi rst book in a series about hope, trust and faith in God. Gloria wants to spend her life singing her songs given by the Holy Spirit, and telling her stories, touching the lives of those who hear them. Gloria’s inspirational CD and book “Two Miracles, Two Lives Saved” may be ordered from the website: www. gloriatillotson.com. 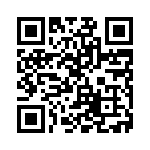