CENTAUR OF THE NORTH: Stories

``We had come very far from the land of our dreams,'' muses one of the characters in this deft volume of nine stories. ``Each of us, in some tiny, fractured way, would always be homesick.'' This first ... Read full review

Geoff Boucher is a crime reporter for the Los Angeles Times. 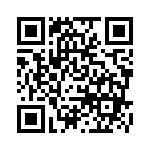