Page 76 - His first irresistible notion was that the whole China Sea had climbed on the bridge. Then, more sanely, he concluded himself gone overboard. All the time he was being tossed, flung, and rolled in great volumes of water, he kept on repeating mentally, with the utmost precipitation, the words :
Appears in 45 books from 1902-2005
Page 1 - Having just enough imagination to carry him through each successive day, and no more, he was tranquilly sure of himself; and from the very same cause he was not in the least conceited. It is your imaginative superior who is touchy, overbearing, and difficult to please; but every ship Captain Mac Whirr commanded was the floating abode of harmony and peace.
Appears in 41 books from 1857-2007
More
Page 80 - ... two of the boats had gone already. They had gone unheard and unseen, melting, as it were, in the shock and smother of the wave. It was only later, when upon the white flash of another high sea hurling itself amidships, Jukes had a vision of two pairs of davits leaping black and empty out of the solid blackness, with one overhauled fall flying and an iron-bound block capering in the air, that he became aware of what had happened within about three yards of his back.
Appears in 44 books from 1902-2005
Page 73 - It was something formidable and swift, like the sudden smashing of a vial of wrath. It seemed to explode all round the ship with an overpowering concussion and a rush of great waters, as if an immense dam had been blown up to windward. In an instant the men lost touch of each other. This is the disintegrating power of a great wind: it isolates one from one's kind.
Appears in 66 books from 1902-2007
Page 71 - Jukes was uncritically glad to have his captain at hand. It relieved him as though that man had, by simply coming on deck, taken most of the gale's weight upon his shoulders.
Appears in 45 books from 1902-2005
Page 75 - It seemed to him he remained there precariously alone with the stanchion for a long, long time. The rain poured on him, flowed, drove in sheets. He breathed in gasps ; and sometimes the water he swallowed was fresh and sometimes it was salt. For the most part he kept his eyes shut tight, as if suspecting his sight might be destroyed in the immense flurry of the elements. When he ventured to blink hastily...
Appears in 38 books from 1902-2005
Page 77 - ... his arms and legs. But as soon as he commenced his wretched struggles he discovered that he had become somehow mixed up with a face, an oilskin coat, somebody's boots. He clawed ferociously all these things in turn, lost them, found them again, lost them once more, and finally was himself caught in the firm clasp of a pair of stout arms. He returned the embrace closely round a thick solid body. He had found his captain.
Appears in 38 books from 1902-2005
Page 81 - And again he heard that voice, forced and ringing feebly, but with a penetrating effect of quietness in the enormous discord of noises, as if sent out from some remote spot of peace beyond the black wastes of the gale; again he heard a man's voice — the frail and indomitable sound that can be made to carry an infinity of thought, resolution and purpose, that shall be pronouncing confident words on the last day, when heavens fall, and justice is done — again he heard it, and it was crying to him,...
Appears in 61 books from 1902-2008
Page 87 - There was hate in the way she was handled, and a ferocity in the blows that fell. She was like a living creature thrown to the rage of a mob: hustled terribly, struck at, borne up, flung down, leaped upon.
Appears in 55 books from 1854-2007
Page 42 - At its setting the sun had a diminished diameter and an expiring brown, rayless glow, as if millions of centuries elapsing since the morning had brought it near its end. A dense bank of cloud became visible to the northward; it had a sinister dark olive tint, and lay low and motionless upon the sea, resembling a solid obstacle in the path of the ship. She went floundering towards it like an exhausted creature driven to its death. The coppery twilight retired slowly, and the darkness brought out overhead...
Appears in 20 books from 1902-2008
Less

Joseph Conrad (3 December 1857 - 3 August 1924) was a Polish-British writer regarded as one of the greatest novelists to write in the English language. Though he did not speak English fluently until his twenties, he was a master prose stylist who brought a non-English sensibility into English literature Conrad wrote stories and novels, many with a nautical setting, that depict trials of the human spirit in the midst of what he saw as an impassive, inscrutable universe Conrad is considered an early modernist, though his works contain elements of 19th-century realism. His narrative style and anti-heroic characters have influenced numerous authors, and many films have been adapted from, or inspired by, his works. Numerous writers and critics have commented that Conrad's fictional works, written largely in the first two decades of the 20th century, seem to have anticipated later world events. Writing near the peak of the British Empire, Conrad drew, among other things, on his native Poland's national experiences and on his own experiences in the French and British merchant navies, to create short stories and novels that reflect aspects of a European-dominated world-including imperialism and colonialism-and that profoundly explore the human psyche. 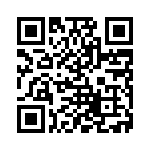