Jim Christley retired from the US Navy in 1982 as a senior chief petty officer having served on seven submarines ranging from diesel to nuclear fast attacks to ballistic missile boats. A student of US submarine technical history, he has written numerous articles and a book on the subject in addition to providing technical illustrations to several notable books on submarine design and history. Jim is a resident of Lisbon, Connecticut.

Tony Bryan is a freelance illustrator of many years' experience who lives and works in Dorset. He initially qualified in Engineering and worked for a number of years in Military Research and Development, and has a keen interest in military hardware – armour, small arms, aircraft and ships. Tony has produced many illustrations for partworks, magazines and books, including a number of titles in the New Vanguard series. 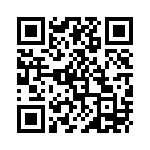