Kenneth Goldsmith is the author of ten books of poetry and founding editor of the online archive UbuWeb (ubu.com). He is the coeditor of Against Expression: An Anthology of Conceptual Writing and the editor of I'll Be Your Mirror: The Selected Andy Warhol Interviews, which was the basis for an opera, "Trans-Warhol," that premiered in Geneva in March of 2007. An hour-long documentary of his work, Sucking on Words, premiered at the British Library. He teaches writing at The University of Pennsylvania and is a senior editor of PennSound, an online poetry archive. 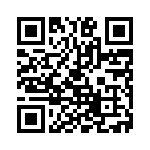