Gaetano Salvemini (September 8, 1873 - September 6, 1957) was an Italian anti-fascist politician, historian and writer. His historical studies on medieval Florence, the French Revolution and Giuseppe Mazzini established him as an acclaimed historian both in Italy and abroad, in particular in the U.S., after he was forced into exile by Mussolini’s Fascist regime.

Initially engaging with the Italian Socialist Party, Prof. Salvemini later adhered to an independent humanitarian socialism, while maintaining a commitment to radical political and social reform throughout his life. He offered significant leadership to political refugees in the United States, where he lived in exile for 20 years after he was dismissed from the University of Florence and his Italian citizenship was revoked in 1926. In 1934, he accepted to teach Italian civilization at Harvard University, where he remained until 1948. He then returned to Italy and was reinstated to his old post as Professor of Modern History at the University of Florence. He died in Sorrento, Italy, in 1957, aged 83. 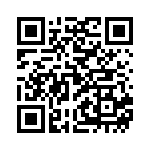