History can be written in many different ways. Many books on ancient history put an excessive focus on political events, with endless sequences of "Prince A inherited the kingship from his father B ... Läs hela recensionen

Bruce G. Trigger is James McGill Professor in the Department of Anthropology at McGill University. He received his Ph.D. from Yale University and has carried out archaeological research in Egypt and the Sudan. His current interests include the comparative study of early civilizations, the history of archaeology, and archaeological and anthropological theory. He has received various scholarly awards, including the prestigious Prix Léon-Gérin from the Quebec government, for his sustained contributions to the social sciences. He is an honorary fellow of the Society of Antiquaries of Scotland and an honorary member of the Prehistoric Society (UK). His numerous books include The Children of Aataentsic: A History of the Huron People to 1660 (1976), A History of Archaeological Thought (Cambridge 1989), Early Civilizations: Ancient Egypt in Context (1993), and Sociocultural Evolution (1998), and The Cambridge History of the Native Peoples of the Americas, Volume 1 (Cambridge 1996), co-edited with Wilcomb E. Washburn. 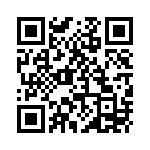