UNHOLY TRINITY: How the Vatican's Nazi Networks Betrayed Western Intelligence to the Soviets

Unholy trinity: how the Vatican's Nazi networks betrayed western intelligence to the Soviets

Aarons and Loftus make a valiant effort to untangle the complex trails of diplomatic and intelligence operations in postwar Europe, focusing on Vatican participation. They document the Vatican role in ... Read full review

Mark Aarons is an international award-winning investigative reporter and the author of several books on intelligence-related issues. He exposed Nazi war criminals in Australia, where he lives, and prompted changes to Australian federal law.

Attorney John Loftus is the author of four histories of intelligence operations. As former prosecutor with the U.S. Justice Department's Nazi-hunting unit, he had unprecedented access to top-secret CIA and NATO archives. He lives in Florida. Mark Aarons and John Loftus are the co-authors of The Secret War Against the Jews and Unholy Trinity. 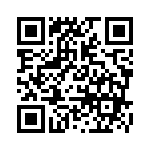