Marcus Hutter received his masters in computer sciences in 1992 at the Technical University in Munich, Germany. After his PhD in theoretical particle physics he developed algorithms in a medical software company for 5 years. For four years he has been working as a researcher at the AI institute IDSIA in Lugano, Switzerland. His current interests are centered around reinforcement learning, algorithmic information theory and statistics, universal induction schemes, adaptive control theory, and related areas. 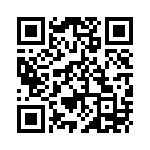