Born in the U.K. and raised near Montreal, Brian Walsh was a part-time journalist and broadcaster before joining a major international company. For much of his 30-year career he was involved in human resources, specifically training. While living in the arctic, Brian studied anthropology and Neurolinguistic Programming (NLP), which prepared him for working with other cultures. He was then transferred to China where he served as his companyżs GM. After his return to Canada, he elected early retirement to further his earlier interest in NLP and hypnotherapy. He returned to formal study, and within four years had achieved his Ph.D. His dissertation, which focused on accelerated learning techniques, inspired his passion and this book. Dr. Walsh regularly conducts workshops on accelerated learning. He is a master practitioner of NLP, an acupuncture detoxification specialist, an EFT practitioner, and a clinical hypnotherapist. 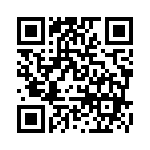