Robert Stam is University Professor at New York University. He is the author or co-author of more than 15 books, which have been translated, in their entirety or in part, into 17 languages. He has lived and taught in France, Brazil, Germany, Tunisia, and the U.A.E. (Abu Dhabi), and has received Rockefeller, Fulbright, Guggenheim, and Princeton’s Davis Center for Historical Studies Awards.

is Professor of Cultural Studies at New York University. Translated into diverse languages, her books include: Taboo Memories, Diasporic Voices; Israeli Cinema; Talking Visions; and with Robert Stam, Multiculturalism, Postcoloniality and Transnational Media; Flagging Patriotism; and Race in Translation. Her awards include Fulbright, Rockefeller, and the Society for the Humanities at Cornell University, where she also taught at The School of Criticism & Theory. 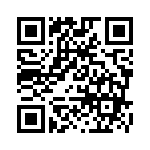