Daniel A. Segal is Jean M. Pitzer Professor of Anthropology and Professor of Historical Studies at Pitzer College. He is a coauthor of Jane Austen and the Fiction of Culture: An Essay on the Narration of Social Realities and editor of Crossing Cultures: Essays in the Displacement of Western Civilization. He is a former editor of the journal Cultural Anthropology (1995–2001).

Sylvia J. Yanagisako is Professor and former Chair of Cultural and Social Anthropology at Stanford University. She is the author of Producing Culture and Capital: Family Firms in Italy and coeditor of Naturalizing Power: Essays in Feminist Cultural Analysis. 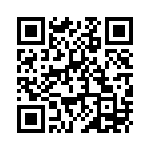