There is no doubt Kumin knows New England and knows it well. Her poetry reflects the deep woods and country living that is so typical of life in Maine, New Hampshire, Vermont, Massachusetts ... Read full review

Maxine Kumin was born in Philadelphia in 1925. She received a BA and a MA from Radcliffe College. In the 1950s, she enrolled in a poetry writing course at the Boston Center for Adult Education. The course led to the publication of poems in Harper's and The New Yorker. Her first collection of poems, Halfway, was published in 1961. Her other poetry collections include Where I Live: New and Selected Poems 1990-2010, Still to Mow, and And Short the Season. She received several awards including the Ruth Lilly Poetry Prize, the Robert Frost Medal, and the Pulitzer Prize for Up Country: Poems of New England. She also wrote four novels, short stories, a memoir entitled Inside the Halo and Beyond: The Anatomy of a Recovery, essay collections, and children's books. She died of natural causes on February 6, 2014 at the age of 88. 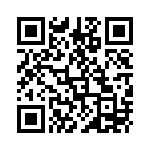