Review: Up from Slavery

Some of Washington's ideas seem outdated by contemporary standards, but I expected that going in. What's amazing is how many of them don't seem so anachronistic, even as they must have seemed so when ... Read full review

Review: Up from Slavery

What an amazing and inspirational life. If only the people of today carried on his refusal for bitterness against others. This one I will read again because his life and example have much to teach and help. Read full review

Page 3 - I used to take the corn, once a week, to be ground. The mill was about three miles from the plantation. This work I always dreaded. The heavy bag of corn would be thrown across the back of the horse, and the corn divided about evenly on each side; but in some way, almost without exception, on these trips, the corn would so shift as to become unbalanced and would fall off the horse, and often I would fall with it. As I was not strong enough to reload the corn upon the horse, I would have to wait,...
Appears in 36 books from 1870-2008

Booker Taliaferro Washington, 1856 - 1915 Booker T. Washington was born a slave in Hales Ford, Virginia, near Roanoke. After the U.S. government freed all slaves in 1865, his family moved to Malden, West Virginia. There, Washington worked in coal mines and salt furnaces. He went on to attend the Hampton, Virginia Normal and Agricultural Institute from 1872-1875 before joining the staff in 1879. In 1881 he was selected to head the Tuskegee Normal and Industrial Institute, a new teacher-training school for blacks, which he transformed into a thriving institution, later named Tuskegee University. His controversial conviction that blacks could best gain equality in the U.S. by improving their economic situation through education rather than by demanding equal rights was termed the Atlanta Compromise, because Washington accepted inequality and segregation for blacks in exchange for economic advancement. Washington advised two Presidents, Theodore Roosevelt and William Howard Taft, on racial problems and policies, as well as influencing the appointment of several blacks to federal offices. Washington became a shrewd political leader and advised not only Presidents, but also members of Congress and governors. He urged wealthy people to contribute to various black organizations. He also owned or financially supported many black newspapers. In 1900, Washington founded the National Negro Business League to help black business firms. Washington fought silently for equal rights, but was eventually usurped by those who ideas were more radical and demanded more action. Washington was replaced by W. E. B. Du Bois as the foremost black leader of the time, after having spent long years listening to Du Bois deride him for his placation of the white man and the plight of the negro. He died in 1915. 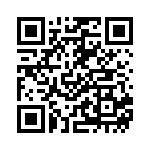