All middle school classrooms should have a copy of this book on it's shelves. It's hard to find books that tackles religion, exile, freedom, and racial extermination (among other topics) in middle ... Read full review

Jim Carnes was born in Columbus, Mississippi, in 1955. After graduating from the University of North Carolina at Chapel Hill, he served as an editor with Encyclopaedia Britannica for eight years. He is currently a senior writer with the Teaching Tolerance project of the Southern Poverty Law Center in Montgomery, Alabama. 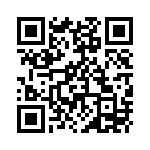