THIRD YEAR STUDENT OF POLITICAL IDEAS AND THE BOOK IS THE RIGHT CHOICE.. I LOVE IT

Barbara Goodwin is Professor of Politics at the University of East Anglia, Norwich. Her books include Justice by Lottery (2nd edn. 2005) and Ethics at Work (2000) and several books on the political importance of utopian ideas. She has broadcast two series of programmes about democracy on the BBC World Service. Her interests range widely in politics, philosophy and social science. 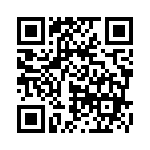