What a great book with so much good advice. Substitute Iraq and Afghanistan from Book ! " Suppose I said the King should leave Italy alone because the single kingdom of France all by itself if almost ... Read full review

It's easy to dismiss this book but first remember: it was written in the 16th Century. This is a handy answer to many of the inequalities Raphael reports. It sounds like women and slaves and the lower ... Read full review

Thomas More was born a Londoner in 1477 or 1478. He served as a page, then studied at Oxford, was called to the bar and subsequently had a highly successful career in the City. Sent on an embassy to Flanders in 1515, he began Utopia there and completed it back in London. From 1528 he actively resisted innovation in religious matters and clashed with Henry VIII over his break with the Church. In July 1535, after he refused to accept the royal supremacy over the church, he was tried as a traitor at Westminster Hall and beheaded on Tower Hill. He was canonized by Pope Pius XI in 1935. 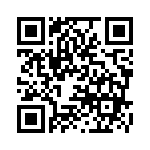