While some of the stories should be taken with a grain of salt, there's no question that this is a marvelously entertaining book. A fair amount of it is score-settling, especially against Bill Weiss ... Read full review

Bill Veeck was an original thinker about American business. His business happened to be baseball and this is topnotch memoir. I can see why Veeck was a thorn in the side of his more staid colleagues, but he sure must have been interesting to have around. Read full review

Bill Veeck (William Louis Veeck, Jr.) (1914-1986) learned the baseball business from the ground up at Wrigley Field when his father was at first general manager and then president of the Chicago Cubs. Bill went on to become the owner of the Cleveland Indians, the St. Louis Browns, and the Chicago White Sox-twice. In 1991, Veeck was elected to the Baseball Hall of Fame. Ed Linn (1922-2000), a well respected sports-writer, was the author of 17 books, including Hitter: The Life and Turmoils of Ted Williams, Nice Guys Finish Last, and Where the Money Is. 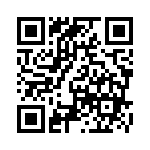