This cookbook has helped keep a new vegan on her choice of diet much longer that previous attempts she is very appreciative of the good advice and recipes in this book. Read full review

Need a gift for a vegan in your life this is perfect! Read full review

Isa Chandra Moskowitz is the best-selling author of the hit books Isa Does It, Vegan with a Vengeance, and many other titles. Her website, Post Punk Kitchen, is beloved by millions. Isa has been cooking up a vegan storm for over two decades and has been named favorite cookbook author in VegNews for seven years running. She was raised and currently lives in Brooklyn, New York.

Terry Hope Romero is the author of several bestselling and award-winning cookbooks. In 2011, she was named Favorite Cookbook Author by VegNews. She lives, cooks, and eats in Queens, NYC. 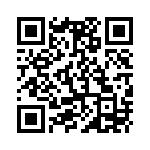