Burrhus Frederic "B. F." Skinner (March 20, 1904 – August 18, 1990) is America’s best known behavioral scientist of the 20th century, as well as an influential author, inventor, and social philosopher. He was the Edgar Pierce Professor of Psychology at Harvard University from 1958 until his retirement in 1974, and was awarded both National Medal of Science from the National Science Foundation and Humanist of the Year Award from the American Humanist Society. Skinner was a prolific author who published 21 books and 180 articles.

A study that appeared in the July 2002 issue of the Review of General Psychology created a ranking of the 99 most influential psychologists. The rankings were based on three main factors: the frequency of journal citations, introductory textbook citations, and the survey responses of 1,725 members of the American Psychological Association. B.F. Skinner topped the list, ranking ahead of Sigmund Freud.

Recent years have seen increased interest in B. F. Skinner’s works. The sales of his most well-known books are growing every year. For example, despite a fair share of criticism and controversy, Skinner’s 1957 book, Verbal Behavior, draws more interest today than it did 15 years ago. The B.F. Skinner Foundation, the current publisher of this book, has seen the annual sales more than triple from 1998 to 2012. The main reason for the increased sales is most likely the success of Skinner’s analysis for teaching children with autism to communicate effectively. 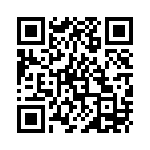